History of the Association

For those new or recent members it may be interesting to understand how the LHWSA came into being.

The Langstone Harbour Water Skiers Association was formed in 1976 by a group of keen skiers including several who are still members today. Its first chairman was Martin Ward, who remained on the committee for many years helping with the running of the club. Paul Faulkner is also one of the founding members and remains a member.

In 1977 the association was given responsibility for regulating water skiing in the harbour by the Harbour Board with the support of the Harbour Master at the time, Captain Thompson.

In 1983 Ian Hamilton took on the job of Chairman and one of his first acts was the purchase of an ex-admiralty wooden paint barge for use as the associations first raft. 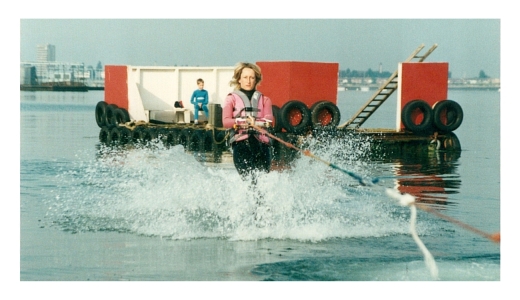 The first "proper" raft was built by members volunteering their time in the late eighties out of second-hand marina pontoons (anyone know exactly ?). By 1993 this was looking somewhat the worst for wear and a new 'H' shape raft was built.

Winter storms in 2000-2001 caused break-up and structural failure of the 1993 raft and it was replaced in 2001, built again using members time and money.
At the end of 2002 Ian Hamilton retired as Chairman and Simon Baldry took on the role.

If any of the longer term members or ex-members can add or correct details, or have interesting photos of the evolution of LHWSA please contact the webmaster here.